The project aims at making an analogy between the concepts of sound and cultural heritage as the values and unique characteristics of shared cultural heritage can be captured and transmitted through shared sounds; and sound can link the past with future, just as cultural heritage does. SONOTOMIA partners believe that heritage can be preserved and promoted through captured and manipulated sounds that can aspire future generations to value and cherish more the environment and culture around them. This will be achieved by raising awareness of the (un)conscious sounds from the surroundings that shape the specificities of culture in local spaces and in urban, rural, coastal, and industrial areas.

Consequently, the intention is to reflect on the presence of sound and how its consumption tailors the way human beings sense and communicate daily events. More concretely, in this project the diverse cultural values can be mirrored and established in multidimensional soundscapes that get overlapped and synchronised, which may produce an effect of pluralistic comprehensions and impressions depending on the listeners’ identities. The identity of culture is perceived according to the identity of a listener, while in this case the listener’s identity changes through time and space by interpreting listened soundscapes.

As sounds are widespread and accessible to anyone, promoting and disseminating cultural aspects through captured and modified sound elements will be the core of this project.

Build capacity of cultural and creative professionals in digitisation

Foster the exploitation of the cultural outputs (programmes, works of art) co-created in SONOTOMIA residencies via coaching and networking

Raise general awareness and interest of wider groups of cultural and creative professionals, and the society as a whole about the connections between sounds (soundscapes, spatial sound) and cultural heritage, as well as of the use of digitisation and ICT technologies for exploring such connections.

Short-term impacts attained within the project will primarily be the following:

In addition, on the mid/long-term it is also expected that some of the short-term impacts are amplified. For instance, the cultural and creative offers will be further enriched with innovative outputs related to the project (e.g. by SONOTOMIA residents or other professionals that were inspired by the project outcomes), and further transnational collaborations will be initiated as a result of the project. This is also true for future collaborations between project partners. As it was referred previously, spatial sound is a yet unexplored cultural field, and a long-term impact of this project will also be placed on enhancing this field of study by the newly discovered insights, approaches and methodologies. Partners expect that through the extensive communication and dissemination activities, they will be able to bring together a larger community of professionals in Europe around the yet-to-be-examined sphere of knowledge that the project tackles. In the long term, this project contributes to inspiring others to move towards the pathway of digitisation.

Pedra Angular’s objective is to study, preserve and enhance the cultural and natural heritage of Europe, namely Iberian.

Its main areas of activity are the protection of monuments, museums and sites, making them more accessible to a broader audience, as privileged spaces for: music and other artistic activities; building audiences; increase awareness of heritage values in the community; safeguarding of traditional materials, skills, trades and techniques in the different areas of cultural heritage; cultural decentralization; intercultural dialogue; and dissemination of best practices in artistic and heritage management.

The leading project developed by the organization so far is the Festival Terras sem Sombra (in English “Lands without Shade”, an expression from a very well-known Portuguese folk song) which connects, in a low-density region, music, heritage and biodiversity. 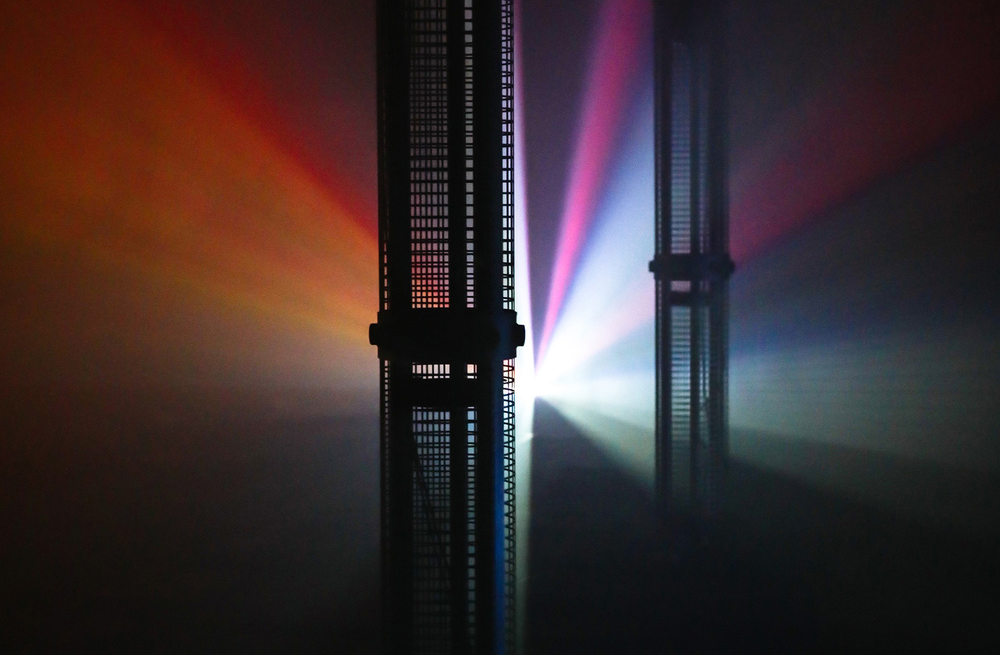 4DSOUND
4DSOUND is an Amsterdam-based development studio exploring spatial sound as a medium. Since 2007, the organisation has participated in more than 150 international projects and developed integrated hardware and software systems that provide a fully omnidirectional sound environment. This type of environment can enable vivid sonic experiences that blur the boundaries between the real and the imagined: the world of sound we know, and a world beyond.

Building on more than a decade of research, development and experimentation, 4DSOUND has been at the forefront of some of the most creatively challenging and technically complex projects using spatial sound, ranging from symphonic experiences to bio-wearable instruments, from interactive theatre to kinetic architecture.

In 2015, 4DSOUND founded the Spatial Sound Institute in Budapest.

SPATIAL SOUND INSTITUTE
Spatial Sound Institute (SSI) is a permanent non-profit facility dedicated to spatial sound as an emerging field of study with increasing influence on a range of scientific, socio-cultural and artistic areas.

Over the years, spatial sound has steadily been gaining recognition as a new medium that opens up ways of expression and communication with sound that were not possible before, allowing listeners to further their understanding of space and to develop more subtle, complex and intensive levels of awareness within their surroundings. 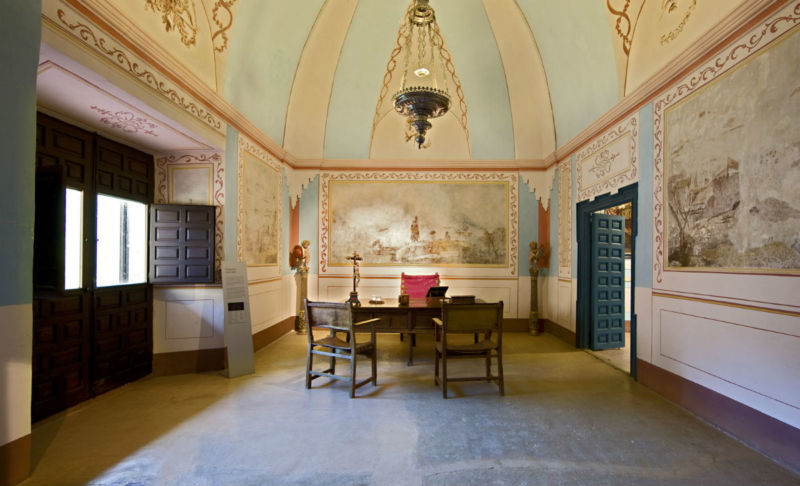 FUNDACION SANTA MARIA DE ALBARRACIN
Santa Maria de Albarracín Foundation was founded in 1996, it operates in the UNESCO cultural heritage city of Albarracín (Teruel) a unique cultural, civil and religious heritage, which has become the most important monumental attraction in the area, thanks to a constant effort of heritage recovery and cultural and tourist activation.

Since its foundation its mission is the socio-cultural and economic development of the area (mountain sparsely populated area in southern Europe), the Restoration, the conservation and the management of cultural heritage of Albarrain city, the dynamization and the projection of the cultural and historical legacy and promoting diverse cultural and training activities.

Nowadays the Foundation manages twelve cultural infrastructures located in the recovered buildings and with varied tourist-cultural uses: Diocesan Museum, Conference Centre, Visitor Information Centre, Albarracín Museum, Various exhibition centres, Auditorium and accommodation for creative tourism, and it dynamizes the cultural scope of the city by organizing several activities that annually reach the hundred and the 5,000 national and international participants.

His activity has been specially oriented to the study of cultural heritage, for which he has contributed with the Commissariat of Exhibitions, in Portugal and abroad, e.g. “Between Heaven and Earth” (Prof. Reynaldo dos Santos Award for Best Exhibition), “The Forms of the Spirit” (APOM Award for Best Catalog), “Invention of the World”, ” Loci Iacobi – Lieux de Saint Jacques, Santiago Places”, “Ultreia” and “On the Road Under the Stars – Santiago and the Pilgrimage to Compostela”, among others. As a lecturer, he joined and worked at Universidade Católica Portuguesa and other Portuguese, Spanish and American. He directed, between 1984 and 2017, the Department of Historical and Artistic Heritage of the Diocese of Beja.

He has held positions as President of the Portuguese Association of Friends of Religious Monuments, the Royal Lusitanian Archaeological Society and the Portuguese Association of Museums of the Catholic Church. He was also General Secretary of the National Commission of Sacred Art and Cultural Heritage of the Church and Deputy Director of the National Secretariat of Cultural Assets of the Church. He is nowadays Vice-President of Europae Thesauri, the European association of ecclesiastical museums and treasures, based in Liège.

General Manager of Festival Terras Sem Sombra [“Lands without shadows”, from the lyrics of a very well-known Portuguese song (2003-present), he founded in 2016 the UNESCO Center of Architecture and Art.

He is a member of the National Academy of Fine Arts and of the Portuguese Academy of History and similar institutions in various countries.

He has made 187 publications, among books, scientific articles and participations in congresses, most of them linked to the history of art, architecture and music.

He is Grande-Oficial of the Ordem do Mérito (Portugal); Orden Civil de Alfonso X, el Sabio (Spain); Médaille de la Jeunesse et des Sports (France); Medalha Barão de Studart and Medalha Martim Soares Moreno, Brasil. He is an honorary member of the Archaeological Society of Athens and was awarded with the Municipal Medal of Merit of Santiago do Cacém.

Paul OomenHead of Development and Curation of the Spatial Sound Institute
Born in 1983 in Amsterdam, Paul Oomen is a composer, curator and inventor. Oomen holds an MA with Honours in Music Composition from the Conservatory of Amsterdam and Universität der Künste Berlin. Initially, he specialised himself as a composer for theatre and opera, however, over the last ten years Paul has turned to work on the investigation of space, sound and perception as well as the crossover of these notions.

Oomen has led over seventy spatial sound projects to date, working with numerous internationally acclaimed artists and festivals and continuously propagating new forms of experiencing sound, such as sound exhibitions, immersive sonic meditation, participative sound theatre or collective sonic sleep-ins. His curatorial practice explores spatial sound as a medium with significant impact on a variety of fields in society, such as music and performing arts, architecture and public space, consciousness studies and augmented and virtual reality.

Paul currently lives and works in Budapest, Hungary. As Head of Development and Curation at SSI, he guides artists and students from all over the world on working with spatial sound and advances it as a medium.

After graduating with a master’s degree from Budapest University of Technology and Economics and before joining the SSI’s team, Rebecca worked as a project manager at X-Laboratories, a cultural hotspot for multimedia design, where she oversaw a diverse array of creative projects.

She currently divides her time between The Works Research Institute and Spatial Sound Institute, assisting the respective teams with research and management tasks.

Tessa studied Art & Economics at University of the Arts Utrecht (HKU). Thereafter, she worked as a curator and artist development lead for Red Bull Music Academy as well as a consultant for many international projects and activities ranging from documentary series to marketing strategies.

Antonio Jiménez MartínezDirector Manager of Fundación Santa María de Albarracín
Degree in Philosophy and Letters from the University of Zaragoza in the specialty of Geography. He is currently Managing Director of the Santa María de Albarracín Foundation, of which he was also a promoter along with some of his employers. Previously he has been director of the training and employment programs developed in Albarracín, promoter of numerous business initiatives for young people, and cultural promoter of this city with programs of great social and cultural demand. He has participated in different conferences, congresses and seminars on heritage management, restoration, and rural development, at national and European level. He has been a member of different heritage and tourism organizations (member of the Hispania Nostra Association and Director of the public company Turismo de Aragón) and is currently a member of the Provincial Heritage Commission of Teruel, and of the Europae Thesauri Association.

It has different awards and recognitions, both personal and institutional, among which we can highlight: Europa Nostra Award for the restoration of the Episcopal Palace of Albarracín (1996), DGA Tourism Merit Badge (1997), “Best Initiative Award” “of the magazine Actualidad Económica (1998), Prize to the Program of Restoration Applied in the historical set of Albarracín granted by DGA, and Prize to” the work of recovery and activation of the historical heritage of Albarracín “(2002), Prize to the Professional excellence of the Rotary Club of Zaragoza and Gold Medal of the Spanish Association of Castles (2005), National Honor Award of AR & Pa and Social Award of Aragonés (2008), Personal Award for Tourist Merit (2011), Medal of Tourist Merit of the Government of Aragón and Special Mention of “Teruel original version” awarded by the Diputación de Teruel (2013), and finally, Prize to the Project of ges of the patrimony granted by the magazine “Ejecutivos”, and Prize to the work of Conservation of the patrimony like factor of economic and social development, granted by Hispania Nostra (2014), appointment like Aragonés of Merit by the Association of Aragoneses in the outside ( 2017), this year has just been awarded the “Encomienda de Alfonso X el Sabio”, by the Ministry of Culture, Education and Sports.