The first residency of SONOTOMIA has been a great success! 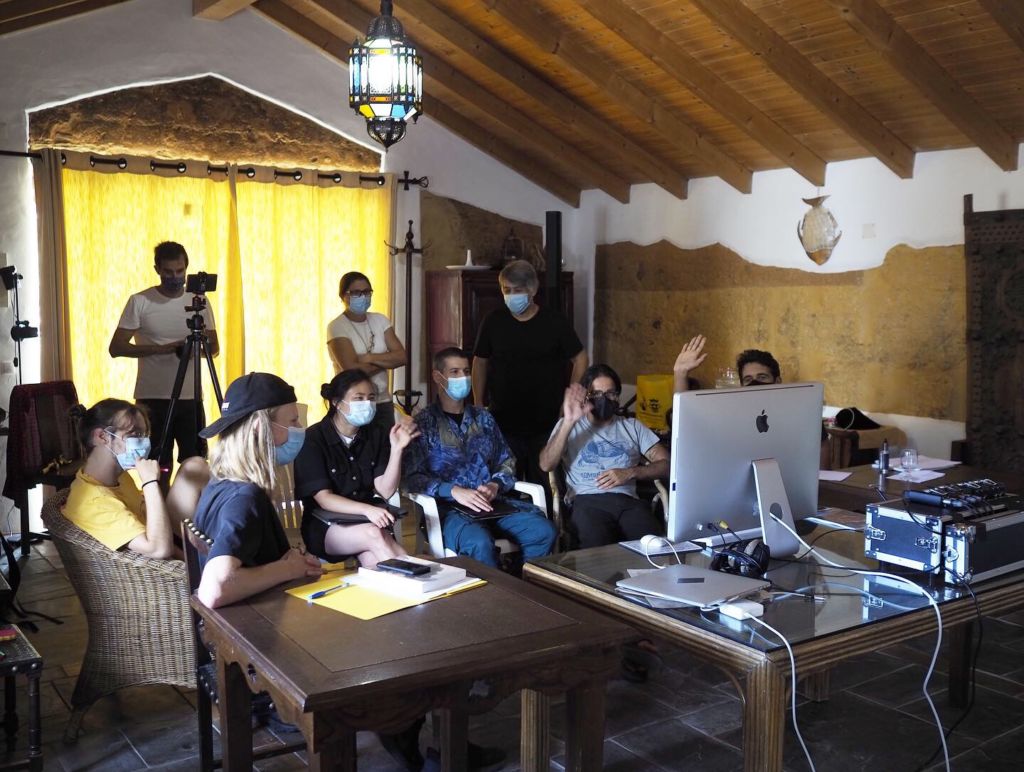 Although the current circumstances have brought a lot of insecurities when it comes to organising residential events, SONOTOMIA team has managed to implement first of three residencies with the support of Portuguese Directorate-Geral of Health.

From 14 to 2X September 2020, sound artists, technicians and SONOTOMIA project team have gathered in Odemira, Alentejo. . This project activity has been led by the six-days custom-made programme which ensured an alignment between participants’ expectations and capacities and projects’ activity and overall aim to contribute to themarine and coastal conservation through spatial sound.

Field recording sessions, in some of the unique spots of the Alentejo were developed. Pedra Angular, SONOTOMIA’s coordinator and organiser of the activity in Alentejo, Portugal, created the chance to admire and learn more aboutthis region, thanks to all invited professionals and guest lectures that explained the territory in thematic sessions and fieldwork

The five sound artists have created such an appealing sound archive of the region, and together, they have co-produced sound installation developed from the natural sounds collected in the fieldwork.

To conceptualise use of collected sounds as well as to have know-how on its application through new technology such as 4DSOUND , the programme also included trainings and demonstrations of 4DSOUND softwareby an expert Wes Broersen. The coaching sessions were developed by the expert João Loureiro, a very well-known performer of Classic Guitar and composer.  The rest of the team ensured that the participants feel as a group and that they can together work from the distance in future activities (i.e. online coaching and development of sound library).To conclude, participant’s expectations have been accomplished, and main challenges were overcome. The residency market the beginning of capacity-building and co-creation journey The participants will also have a chance to  engage in SONOTOMIA by contributing to the SONOTOMIA Digital Lab, a virtual place for continuous exchange and collaboration.

Next steps are the Digital Hub creation, that will be released in the following months, and next SONOTOMIA residency will take place next April 2021 in Albarracín (Spain)

Sign up for SONOTOMIA Newsletter to stay up to date to SONOTOMIA’s news and events.